Gillian Flynn's Girl Gone (2012) is a thrilling story of a marriage between two people who are not what they appear. Nick and Amy are a glittering, gorgeous couple living an envied life in New York. Nick is a pop culture journalist known for his quick wit and film trivia. A generation of young people have grown up knowing Amy as the perfect heroine of the “Amazing Amy” books, authored by Amy’s parents. 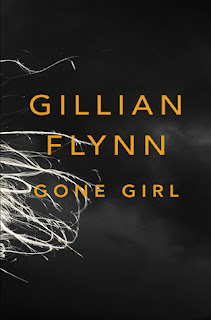 Their perfect life changes when they lose their jobs and their financial reserves begin to dry up.  Nick decides they should leave life in Manhattan to return to his hometown of Carthage, a small town on the Mississippi River, to care for his ailing mother. Amy reluctantly travels with him and tries to adjust to her new life. On the morning of their fifth wedding anniversary, Nick comes home to find his front door open and the scenes of a struggle. With his wife missing, Nick quickly finds himself the prime suspect in her disappearance and presumed death. What happens next is an intriguing tale of love and lies.

Told in alternating narratives from Nick in the present day and Amy’s voice echoing from her diary entries, author Gillian Flynn builds the story in such a way as to make you think you know what is going to happen. Suddenly there is a twist and another and another until it is clear that you have no idea how the story will end. The change in points of view with each chapter has the reader changing sides as well – yes, he must have done it/no, he couldn’t have – perhaps their “perfect” marriage wasn’t so perfect after all.

I really relished this novel. It held my interest from the beginning, and I couldn’t wait to read what happened next. Part of the reason I enjoyed it was that Flynn has created love-to-hate, seriously damaged characters that manipulate the reader with their version of events. Flynn’s depiction of the media circus following this case critiques our lust for true crime; where guilt is assumed before the facts are known. The ending left me a bit flat, however, as I felt the tension and build up would have a more dramatic conclusion.

Gone Girl is an enjoyable page-turner that is a perfect holiday read. But… it deserves a much better title!