Boredom in the Bunker

I am halfway through Julia Baird's remarkable Victoria: The Queen - An Intimate Biography of the Woman Who Ruled an Empire (2016), a 700+ page history. I am loving this book and regret I don't have more time to read. 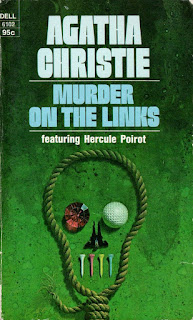 I decided to take a break from the Queen to breeze through a quick novel. I greatly enjoyed reading The Mysterious Affair at Styles (1920) last year, so thought I would continue Agatha Christie's adventures with Hercule Poirot in his second outing, The Murder on the Links (1923).

I was a bit worried about this book because I hate golf - ('a good walk spoiled' attributed to Mark Twain) - but fortunately one needs to know nothing about golf to appreciate this novel.  The story takes place on a golf course in France where a body is found, yet presumably no golf is ever played.

Narrated by Captain Hastings, the story centres on the murder of Paul Renauld, a French-Canadian businessman who has been stabbed in the back. His wife had been tied up by two masked men who broke into their home. Poirot is called to the scene to investigate alongside his rival, the local detective Monsieur Giraud.

Who had motive and opportunity to commit such a crime? Could it have been Renauld's son Jack who was about to depart for South America? Was it Madame Daubreuil, a neighbour who may or may not have been blackmailing the Renaulds? Was it the mysterious woman the dimwitted Hastings let in to the murder scene? Or does the case have links to events more than twenty years ago? 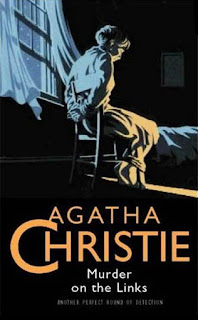 To say I found this novel disappointing is an understatement. I could not get in to the rhythm of this book. There were so many red herrings, possible suspects, and theories of the case that it was hard to keep track. Hastings was incredibly annoying with his simplistic commentary and stupid antics. Ultimately I was bored and did not care whodunnit or howdunnit. I think Christie greatly overcomplicated and embellished the plotting of what is essentially a Midsomer Murder.

While I will not give up on reading more Hercule Poirot, I will wait some time before moving on to The Murder of Roger Ackroyd (1926). But for now, it is back to Queen Victoria!

The shortlist for the 2018 Stella Prize was announced on International Women's Day, 8 March 2018. The six titles vying for the prize this year are: 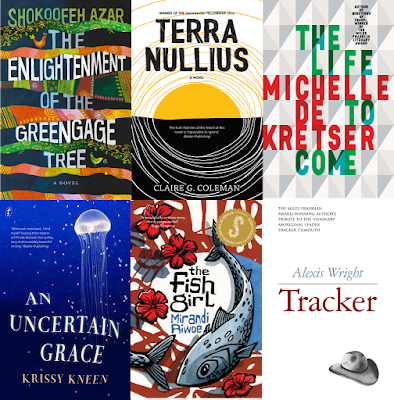 I was not surprised that past winners Michelle de Krester and Alexis Wright made the shortlist, but I did not expect Sophie Laguna to be dropped from the competition with her novel The Choke.

It is nice to see debut novelists - Azar, Coleman and Riwoe - in competition for their works. I described these books in a previous post about the Longlist. Of the books still in contention, the one I am most keen to read is de Krester.

I continue to love finding new podcasts to enjoy on my commute to/from work each day.

I have previously written about S-Town, Trace, Revisionist History, Slate's Political Gabfest and Chat 10 Looks 3 as well as Dirty John, In The Dark and Missing Richard Simmons.

So here (hear!) are some of the podcasts I have been listening to lately. 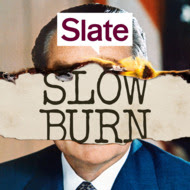 In June 1972 five men broke in to the Democratic National Committee headquarters at the Watergate building in Washington, DC. The crime and its coverup is collectively known as the Watergate scandal (and the reason why -gate is a suffix of every political scandal since). The investigation revealed a link to the Nixon administration and subsequently led to the President's downfall.

Journalist Leon Neyfakh's eight episode podcast Slow Burn is a fascinating look at Watergate with some powerful parallels to modern times. Indeed each episode made me think of the Mueller investigation and what is happening in the Trump administration.

My knowledge of Watergate had been pretty much restricted to the 1976 film All the President's Men about Washington Post journalists Woodward and Bernstein. But through Slow Burn I learned so much more. For example, the first episode is about Martha Mitchell, the fun-loving socialite wife of Nixon's Attorney General, who had a habit of calling up the tabloids to dish the dirt. She was essentially kidnaped by an FBI agent and then discredited by Nixon's staff as delusional in a gripping 'I can't believe they did that' episode.

This is a smart, addictive podcast which reveals many aspects of the Watergate scandal through painstaking research and interviews with many of the key people involved. 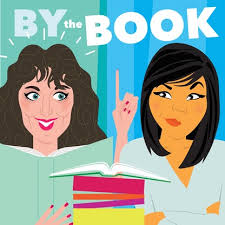 By The Book
I came across the By The Book podcast from listening to Slate's Double X podcast when they interviewed comedian Jolenta Greenberg, who hosts By The Book with Kristen Meinzer.

The premise is simple: select one popular self-help book, follow its teachings to the letter for two weeks, then catch up and see if your life has improved.

The two women (and their life partners) have experimented with The Secret, French Women Don't Get Fat, The Memory Book, Men are from Mars..., The Little Book of Hygge and many more. When they read America's Cheapest Family, they spent two weeks living thriftily. After The Life Changing Magic of Tidying Up, they chucked out a lot of their belongings but one reverted back to her untidy ways as her husband did not find joy in continually searching for the soap.

What makes this podcast such fun is that the hosts have different personalities and are pretty much game for anything. This podcast is great for anyone who has tried and failed to live the Marie Kondo way. 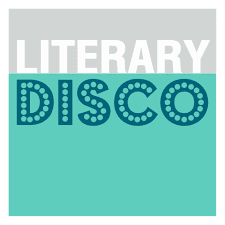 I am a sucker for books and disco - so a podcast called Literary Disco was right up my alley!

Hosted by three writers - Tod Golberg, Julia Pistell and Rider Strong - who dig deep into some terrific novels every three or four weeks. Their episode on George Saunders' Lincoln in the Bardo was the first one I tried. I found the hosts erudite and witty, with a way of dissecting the book to make its' reading more enjoyable. They demonstrate a passion for writing and a deep respect for writers.

Recent episodes include My Brilliant Friend, Manhattan Beach, Norse Mythology. My only criticism is that sometimes the audio quality is uneven and one of the hosts sounds a bit too loud in contrast to the others. But the content makes me look past that.

So those are my latest podcast obsessions. Stay tuned for more Listening and Learning.
Posted by Ina Guddle at 17:20
Newer Posts Older Posts Home
Subscribe to: Posts (Atom)