The winner of the 2018 Miles Franklin Award was announced on 26 August 2018. This year the award and its $60,000 prize went to Michelle de Krester for her novel The Life to Come.

Set in Sydney, Paris and Sri Lanka, the satirical story explores themes of intimacy, friendship and loneliness. Richard Neville, Chair of the Judging Panel, said "With her characteristic wit and style, Michelle de Krester dissects the way Australians see ourselves and reflects on the ways other parts of the world see us."

De Krester won the Miles Franklin Award in 2013 for Questions of Travel. 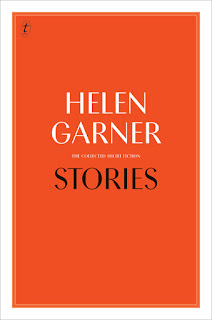 Readers of this blog will know how much I love Helen Garner's writing. In fact, I have never met a Garner I didn't love... until now. I am sorry to say that Garner's collection of 14 short stories did not win my heart. This left me perplexed, feeling as though I had failed as a reader, and trying to understand why I could not get into these stories.

I love short stories and have written previously about gifted storytellers like Alice Munro, Tegan Bennett Daylight, Angela Carter, Raymond Carver and others. I marvel at how authors can convey such depth in such brevity.

So why didn't I love Garner's collection? She is a gifted writer, and ofttimes I would marvel at her turn of phrase. She is also a laser-sharp observer of people, and can un-peel their many layers before your eyes. But the stories themselves all felt so morose and lonely. While I didn't enjoy every story in the collection, there were several stories that I thought were pretty good, like 'My Hard Heart' in which a woman is blindsided by her husband's infidelity.

In the end, perhaps my expectations were too high and I have over-Garnered myself. I have recently read Garner's brilliant novella The Spare Room and I am midway through her True Stories collection. So for now I am going to put Helen on hold and read other writers, so I can come back and enjoy her brilliance anew.
Posted by Ina Guddle at 08:35

This week the Longlist was announced for the 2018 Man Booker prize. The thirteen titles nominated are diverse, with authors from America, Canada, Ireland and the UK.

I have not yet read any of these books, in fact I haven't heard of most of them. But what I love about the Longlist is that it introduces me to many books and authors I do not know. Four of the authors are debut novelists (Robertson, Mackintosh, Gunaratne and Johnson) and four are past nominees (Ondaatje, Edugyan, Ryan and Powers).

Let's take a look at the books that make up the longlist:

Snap by Belinda Bauer (UK)
English author Belinda Bauer is an award winning crime writer. This novel is about a woman who goes missing, leaving her three children behind. Set in Somerset, this captivating thriller features twists and turns. Val McDermid called it 'the best crime novel I've read in a long time'. Sounds like an intriguing read...

Milkman by Anna Burns (UK)
Set in Belfast in the 1970s, during the Troubles, Milkman is a stream of consciousness story narrated by a young woman who is rumoured to be having an affair with a person known only as the Milkman. The novel explores truth and gossip, with a unique writing style. Burns was shortlisted for the Orange prize in 2002 for No Bones. 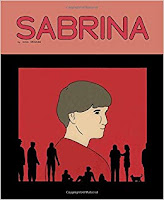 Sabrina by Nick Drnaso (USA)
This is the first time a graphic novel has been longlisted for the Booker, an achievement in itself. The story centres on the disappearance of Sabrina and the aftermath for her friends and family. I am intrigued to read this and have just bought a copy of this beautiful book. I greatly enjoyed Chris Ware's Jimmy Corrigan, and the pictures I have seen of Sabrina remind me Ware's work.

Washington Black by Esi Edugyan (Canada)
This novel focusses on an eleven year old slave, Washington Black, who leaves a Barbados plantation when his owner dies, and he is taken in by an eccentric new master. They travel the globe - the Arctic, London, Morocco - opening Washington's eyes to new experiences and knowledge.

In Our Mad and Furious City by Guy Gunaratne (UK)
Set in a London council estate, three young men are enjoying their summer when the killing of a British soldier sparks riots across the city. The novel brings the grit and grime of the city to life over a heated 48 hours.

Everything Under by Daisy Johnson (UK)
At age 27, Johnson is one of the youngest Booker nominees for her debut novel. This is the story of Gretel, who as a child lived on a canal boat with her mother. Together the mother-daughter pair invented a language for their exclusive use. Now an adult, Gretel hasn't seen her mother in many years and has all but forgotten their secret language.

The Mars Room by Rachel Kushner (USA)
Romy Hall is incarcerated in a women's correctional facility, serving consecutive life sentences. Her seven year old son is now being cared for by his grandmother. While life goes on outside, he women inside experience a different routine.

The Water Cure by Sophie Mackintosh (UK)
Three sisters grow up on an isolated island with their parents. Protected from the outside world, they never visit the mainland. When three men wash up on shore, everything the girls have ever learned comes into question. A dystopian novel of survival in a hostile world from this debut novelist.

Warlight by Michael Ondaatje (Canada)
I love Michael Ondaatje and always look forward to reading his novels. This is the story of siblings in London, who stay behind when their parents move to Singapore in 1945. Earlier this year Ondaatje won the "Golden Booker" - The English Patient (1992) was named the favourite Booker winner in the past 50 years, so it will be interesting to see whether he progresses to the shortlist.

The Overstory by Richard Powers (USA)
This novel is environmental or eco-fiction - centred on diverse characters that have had various experiences with trees and now fight to save a virgin forest. The Booker judges called this 'an ecological epic, a novel of ideas'. 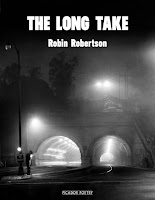 The Long Take by Robin Robertson (UK)
British poet Robin Robertson has written a noir tale of a veteran with post-traumatic stress disorder which leaves him unsettled, trying to piece his life together. I am intrigued by this genre-bending, film-like poem and look forward to tracking down a copy.

Normal People by Sally Rooney (Ireland)
Connell and Marianne grow up together in a small town in Ireland, but have very different lives. When they both attend Trinity College, Dublin, they realise they have a connection. This is an intimate character study and a love story, with a backdrop critique of class and privilege.

From a Low and Quiet Sea by Donal Ryan (Ireland)
Ryan's book tells three seperate stories of men who have experienced loss. Farouk is a Syrian refugee seeking asylum in Western Europe with his wife and child. Irishman Lampy has just been left by his girlfriend and is tending to his broken heart. John is filled with sadness over his failed relationship and remorse for his actions.

I was a bit surprised that Ali Smith wasn't nominated for Winter, as she has been for her previous season Autumn. I also thought the Kate Atkinson or Rachel Cusk may be on the longlist. Having read none of the titles, I find it hard to predict the winner, but I reckon the following will be shortlisted: Drnaso, Johnson, Ondaatje, Rooney, Ryan. I also reckon that after the last two winners have been American, this year the prize will go to a member of the Commonwealth. A complete guess, but that is where I will start my Booker reading.
Posted by Ina Guddle at 06:40
Newer Posts Older Posts Home
Subscribe to: Posts (Atom)