As I finish my holidays and get ready to return to work for another year, I take time to plan my reading for the year. My "to-be-read" pile is massive and growing as I acquire more books, discover new authors and add to my e-reader and bulging shelves.

My first priority for 2014 is to finish the books that I have started but not yet finished, including:

In terms of new books, I have a bunch of recent acquisitions that I plan to read in 2014.

Richard Flanagan is a Tasmanian writer that I quite enjoy. I have previously read his novels The Sound of One Hand Clapping (1997) and The Unknown Terrorist (2006) which were both interesting tales. I have just acquired his latest novel, The Narrow Road to the Deep North (2013), a story about an Australian surgeon at the Japanese POW camp on the Thai-Burma death railway in August 1943. (Update - Read Nov 2014)

Janet Evanovich's Stephanie Plum series is an old favourite. It is a perfect distraction when work is too busy or my other reading has been too heavy. Takedown Twenty (2013) is the latest, and I will save it for the moment when life gets to hectic. The series is always hit and miss, and Evanovich went through a phase where they became very formulaic. But the last few have been more of a return to form and I have hopes that this will be a good one.

The Quarterly Essay was a great find in 2013, so good that I have now subscribed. I have recently commenced Quarterly Essay 52, Found in Translation (2013) by Linda Jaivin and, while not something I had expected to enjoy, I am finding it really interesting. I particularly love the correspondence about previous issues, in this issue it is about The Prince by David Marr (QE50).

Evgeny Morozov's The Net Delusion: The Dark Side of Internet Freedom (2011) was something I ordered after hearing him speak at the Festival of Dangerous Ideas. This book is about how the internet can be used as a tool for liberation, but also as a means of suppressing democracy. 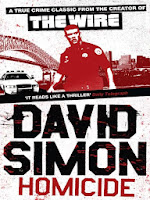 Another post-Festival purchase was David Simon's Homicide: A year on the killing streets (1991) which I have read the first few chapters of and look forward to enjoying. 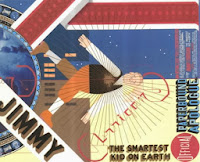 One of the books I am most excited about is Chris Ware's graphic novel Jimmy Corrigan The Smartest Kid on Earth (2000) about a lonely middle aged man with a vivid imagination. I have not read graphic novels before but purchased this one as my first foray into the genre. I have started it and think it is the most beautiful book.

In addition to these, there are the books I gave to others in the hopes of borrowing them back to read at some point. These include Nobel Prize winner Alice Munro's Dear Life (2013), Eleanor Caton's The Luminaries (2013) winner of the Booker prize, Michelle de Krester's Miles Frankin Award winning Questions of Travel (2013).

Throughout the year I also hope to add blog posts of books I have read film tie-ins, and plays. And with that in mind, I am off to see the second instalment of The Hobbit….
Posted by Ina Guddle at 09:00
Newer Post Older Post Home