In M.L. Steadman’s The Light Between Oceans (2012), protagonist Tom Sherbourne has returned to Australia after serving at the front during the first World War.  He seeks solitude and quiet where he can try to forget those dark days on the battlefield. The job of lighthouse keeper is a perfect fit for Tom, as he likes the order and responsibility of keeping the lights burning through the night. 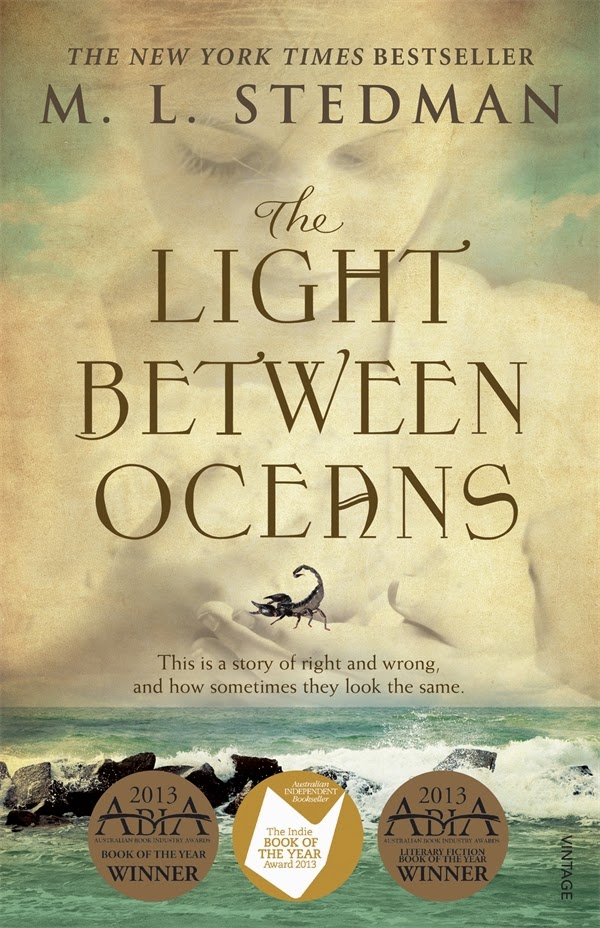 After training and a series of posts, Tom moves to the lighthouse at Janus Rock, a remote island off the coast of Western Australia, with his young wife Isabel.  Over the next few years Tom and Isabel try to create a family for themselves on this isolated outpost, but have been unable to carry a child to term. A few weeks after Isabel’s third miscarriage, a dinghy comes ashore on Janus Rock, containing only an unidentified dead man and a small, crying baby. Isabel and Tom decide to name her Lucy and pass her off as their own.  This decision will haunt them for the rest of their lives.

I really liked the character of Tom, with his strong moral compass, precision and the way in which he gradually fell in love with Lucy. His wife Isabel was frustrating for her selfishness and obsession and towards the last third of the book she became increasingly one-dimensional and hard to like. I never truly understood what these two saw in each other.

Janus Rock and the Australian coastal towns of the early twentieth century were vividly created and the description of the lighthouse keeper’s responsibilities added realism to the tale.

The moral dilemma at the heart of the novel carries the story along. The reader can’t help but question what they would have done in the circumstances and wonder how to make things right. The story veers into soap-opera territory and has a strong emotional pull. While I could quibble about the necessity of some of Steadman’s expository writing and dodgy dialogue, the story itself was intriguing and I found myself reading quickly to find out how it would end. No great literary feat, but a very enjoyable read.
Posted by Ina Guddle at 08:25
Newer Post Older Post Home