On 23 July 2014 the longlist was announced for the 2014 Man Booker Prize. This year promised to be interesting as for the first time writers could come from anywhere in the world. So it was expected that there would be a few Americans on the longlist of this 'global' award.

However, the list is dominated by the UK and USA with two Irish and one Australian thrown in for good measure. No one from Asia, India, Africa or the Middle East made the list.  Very few women are given the nod.

As I peer down the list of titles, I am surprised by some of the books named... and more surprised by those not included. I must admit I had expected Donna Tartt to be long listed for her Pulitzer Prize winning The Goldfinch (the book I am currently reading). In fact, there are very few books on the list that I am interested in reading... overall, the list is underwhelming.

I am also amazed that books that have not yet been published can make the list. Four of the titles do not arrive on book shelves until September 2014: J by Harold Jacobson; The Bone Clocks by David Mitchell; How to be Both by Ali Smith; and, Us by David Nicholls. Joseph O'Neill's The Dog was published on 31 July 2014, after the long list was announced.

Howard Jacobson has won previously, while both Ali Smith and David Mitchell are previous shortlisters. I would have thought they would be contenders for the Man Booker next year when they have been published, rather than taking up slots this year when the books are not yet publicly available. 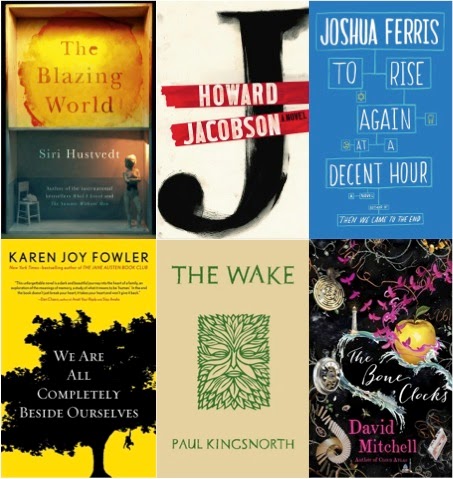 So the 13 titles on the longlist are: 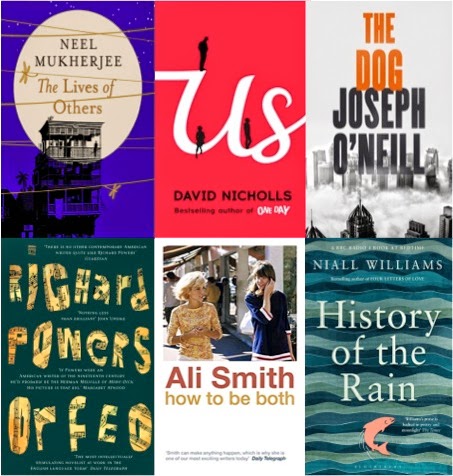 Tasmanian author Richard Flanagan is my personal choice for this award. He is an amazing author and deserving of recognition for his tale of prisoners of war on the Burma death railway. While I have not yet finished this novel,  I have read Flangan's previous books, including The Sound of One Hand Clapping (1997), Gould's Book of Fish (2001) and The Unknown Terrorist (2006), so can attest to the quality of his writing. Good luck Richard!

The shortlist will be announced on 9 September 2014, followed by the winner on 14 October 2014.
Posted by Ina Guddle at 23:19
Newer Post Older Post Home