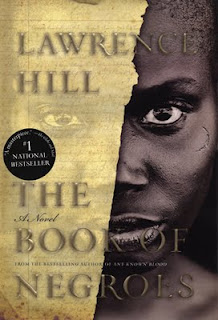 Lawrence Hill’s bestselling novel The Book of Negroes (2007) is a reflection by the elderly Aminita Diallo as she looks back on her life prior to the British abolition of slavery. Aminata’s story is an epic journey from her childhood in an African village, transportation as a slave to America to work on an indigo plantation, on to New York, then Nova Scotia, returning to Africa before finally settling in London in 1802.

The author was inspired by the 1783 historical document The Book of Negroes, which is a register of 3000 former slaves who fought for the British in the American Revolution and thus granted passage to British colonies. Many of those registered settled in Nova Scotia while others returned to Africa to work for the Sierra Leone Company in Freetown.

I have read many novels that explored the lives of slaves, but never before have I been so engrossed. Aminata is an extraordinary woman (more resilient and stronger than Sethe in Toni Morrison’s Beloved) and her first person narrative invites the reader to feel her fear, pain, horror, joy and hope directly. 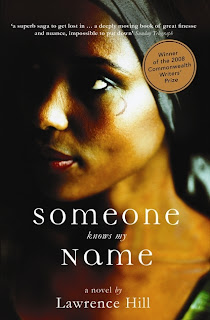 Hill’s research of the historical fact is seemlessly woven into the novel. He alerted me to aspects of Canadian history and the abolitionist movement that I had never known. I would highly recommend this compelling, thought-provoking, page-turning read.


It was awarded the Commonwealth Writer’s Prize for Best Overall Book (2008) and chosen as the winner of Canada Reads (2009). In Australia The Book of Negroes is published as Someone Knows My Name.
Posted by Ina Guddle at 16:38
Newer Post Older Post Home