The road not taken

Winner of the Pulitzer Prize for Fiction, Edith Wharton's The Age of Innocence (1920) is set against the backdrop of 1870s Old New York. 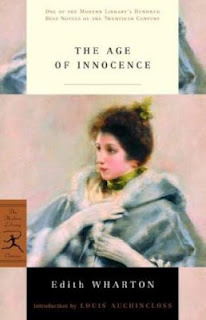 Well-bred Newland Archer is engaged to young socialite May Welland, a wedding that will unite two esteemed families. May's cousin, Countess Ellen Olenska, arrives in New York, having left her cheating husband in Europe. Ellen's sudden arrival causes gossip and scorn among the upper class and she is pressured to return home to avoid further scandal. While Newland is initially dismissive of Ellen, he is appointed as her legal counsel and is soon attracted to her unconventional ways which challenge the unwritten rules of the society they inhabit. A love triangle begins and Newland must decide whether to follow his heart or bow to societal pressures.

Wharton infuses her novel with great wit as she critiques the ridiculous social mores of the times, pointing out the hypocrisy and superficiality of the upper class who see themselves as superior in every way. She is deeply descriptive, painting an opulent portrait, which contrasts the 'old-money' values with the new ideas emerging that challenge the customs and traditions of society. 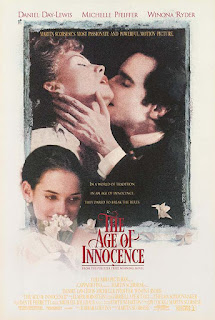 Martin Scorsese directed a delicious film version of The Age of Innocence in 1993. Starring Daniel Day-Lewis as Archer, Winona Ryder as May and Michelle Pfeiffer as Ellen, there is a rich supporting cast of delightful character actors including Richard E Grant, Miriam Margolyes, Jonathan Pryce and Sian Phillips. The excellent performances are matched by the sumptuous visual style of the film with its grand sets and beautiful costumes. An excellent adaptation of a wonderful novel.