Two hundred years ago this week, Jane Austen's Pride and Prejudice (1813) was published. In the intervening years this classic has gone on to be a one of the most popular and enduring novels in English literature. Film and television adaptations, spin-off novels and sequels have helped to keep this story at the top of lists of popular fiction for many years. But Ms Austen's novel is still beloved after so many years because the story tells a familiar tale of romance, marriage and social mobility through wonderfully drawn characters. 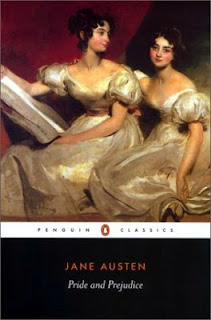 The opening line of the book sets the scene: 'It is a truth universally acknowledged, that a single man in possession of a good fortune must be in want of a wife'. The search for such a man is a prime concern for Mrs Bennett, as she and her husband have five daughters and no sons. The eldest daughter Jane is beautiful and kind, next is Elizabeth with her quick wit and intelligence. Then there are Kitty, Lydia and Mary, each with their own personality traits.

Mr Bingley, a handsome young bachelor, has taken up residence at nearby Netherfield Park, and he sets his sights on the lovely Jane when they meet at a ball held in his honour. Bingley's best friend, Mr Darcy of Pemberley, is unimpressed by the local talent at the ball and is seen as condescending by the Bennett sisters. The pairing has begun, with Bingley and Jane as the romantic lovebirds, and Darcy and Elizabeth as the couple who dislike each other and are yet drawn together. 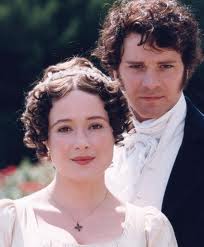 Along the way some of the most delightfully crafted characters in English literature are presented to add sub-plots and drama. Among them are my favourites: the pompous and condescending Bennett heir, Mr Collins; Lady Catherine de Bourgh, Darcy's aunt, who is disrespectful of the lower classes and confronts Elizabeth in a wonderful scene; practical Charlotte Lucas who is fearful of spinsterhood and burdening her family so choses a loveless marriage; and, the dastardly George Wickham, Darcy's childhood friend, who infiltrates the Bennett family nearly causing great scandal.

Pride and Prejudice is a novel I have returned to every few years since my teens. Each time I find new ways to enjoy it and my admiration of Austen grows. Many people will only know of Pride and Prejudice through its various adaptations. In the 1940 film version Greer Garson and Laurence Olivier took on the lead roles. More recently it was Keira Knightley and Matthew Macfayden (2005). For me, the best is the BBC six-part mini-series version (1995) starring Jennifer Ehle and Colin Firth - as it has so many wonderful performances and the series length allows time for all of the sub-plots to play out fully.

The novel has also been the subject of hundreds of sequels and spinoffs. Many of these are regency romance novels exploring the lives of Darcy and Elizabeth, the Bingleys and other characters, after the events of Pride and Prejudice take place. Then there is the re-imagining of the story with zombies thrown in for added adventure in Steven Hockensmith's Pride and Prejudice and Zombies (2010).

The only 'sequel' I have read is the sequel with a crime/mystery twist in Death Comes to Pemberley (2011) by PD James. However there are other books that cleverly use the story as a springboard such as Bridget Jones' Diary (2001) by Helen Fielding about a single woman in London with many modern parallels to Pride and Prejudice, which is  delightfully funny and well worth a read.


After 200 years the story of Lizzie Bennett and Fitzwilliam Darcy remains as current and fresh as ever. In honour of the anniversary, perhaps it is time to read Pride and Prejudice again...
Posted by Ina Guddle at 10:32
Newer Post Older Post Home