Dreams from my Father

It was 20 years ago today that my father passed away. I think about my dad often, particularly on birthdays, anniversaries and other special occasions. Books, movies, news events and politics often trigger thoughts of him. I think of how dad would have enjoyed a film like Argo, or I read a passage by Hitchens that reminds me of my dad’s clever turn of phrase. I would have loved to dissect and debate current events with him – to hear his thoughts on Syria, Thatcher’s death, gun control, same sex marriage, the carbon tax and the recent attacks in Boston. He was always so knowledgeable and as a journalist had a deep interest in the world – and I will always be grateful that he passed on this curiosity and inquisitiveness to me.

The lead up to the anniversary of his death is a time of great reflection for me, and so it is perhaps timely to use this book blog to thank my Dad for the books and authors he introduced me to. 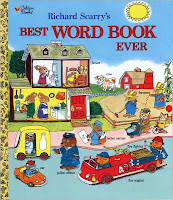 As a young child, my parents read to me and taught me to love books at an early age. Dog-eared books by Richard Scarry and Dr Seuss were constants, as were the Berenstain Bears. Fairy tales by Hans Christian Andersen and the Brothers Grimm were also often read with Dad acting out parts and putting on voices as he read. Roald Dahl was a regular bedtime read.

A A Milne was a favorite and I remember Dad reading When we were Very Young (1924) with me. I could recite “Disobedience” by heart (and still can – “James James Morrison Morrison Weatherby George Dupree…”) and still think of “Half-way Down” every time I go up or down my stairs. We moved on to Winnie-the-Pooh (1926), The House at Pooh Corner (1928) and Now we are Six (1927). Dad loved poetry and we both loved the rhythm of Milne's verse. 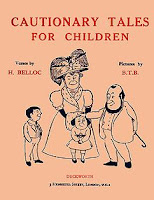 Dad loved books that were a bit subversive, and so Hilaire Belloc’s Cautionary Tales for Children (1907) was a delightful bedtime read and was used to remind me of appropriate behavior (Don't tell lies, lest you end up burned to death like Matilda!). Also beloved were Lewis Carroll’s Alice’s Adventures in Wonderland (1865), JM Barrie’s Peter Pan (1911) and JRR Tolkien’s The Hobbit (1937).

As I grew older and read on my own, we would read in tandem and continue to discuss books. I remember a deep-and-meaningful late night chat about religion when I was a pre-teen reading Judy Blume’s Are you there, God? It’s me, Margaret. (1970). This continued when I read Anne Frank's Diary and Dad and I would discuss at length the atrocities of the holocaust.

Dad was delighted when I started reading George Orwell. He was a huge Orwell fan and Dad read my book reports on Animal Farm (1945) and Nineteen Eighty-Four (1949) with interest.  We read Ray Bradbury’s Farhenheit 451 together and discussed it at length - in fact I think the book report I submitted on this book was largely written by my father!

As I entered high school, Dad would review my reading lists and make recommendations to push me to expand my horizons. He would read my papers on Catcher in the Rye, Mice and Men, The Great Gatsby, and countless Shakespeare plays. If I enjoyed a novel, Dad would recommend other authors on a similar theme or presenting an opposing point of view.  I find myself playing this role with friends now - getting excited about introducing others to new books and authors.

Dad introduced me to so many great writers like Truman Capote, Tennessee Williams, Albert Camus, Joseph Conrad, F Scott Fitzgerald, Graham Greene, Ernest Hemingway, Franz Kafka, Somerset Maugham, Victor Hugo, Tom Wolfe, Henry Miller and Philip Roth. In turn, as I became more feminist, I introduced many great women writers to my father and sparked many of his "Devil’s Advocate" debates designed to sharpen my wits and dig in my heels.  I only wish he had been here long enough so we could discuss Phillip Pullman’s His Dark Materials series, GRR Martin’s Song of Fire and Ice series, not to mention the non-fiction works of Christopher Hitchens and so many others.

Dad left us far too soon and we all feel the void left by his absence. I wish he were here and could see my brother and I become adults and meet the family we have created. But he passed on a great gift to me in encouraging my imagination through a love of literature.

I think of him as I read and thank him for sharing this part of himself with me. Now as I read to the children in my life, I like to think that I am sharing a piece of my Dad with his grandchildren and all the wonder and imagination that he gave me.
Posted by Ina Guddle at 07:54
Newer Post Older Post Home