The winner of the 2017 Miles Franklin Literary Award was announced on Thursday 7 September.  Perth-based writer Josephine Wilson was the recipient of the honour and the $60,000 prize for her novel Extinctions. The novel had previously won the 2015 Dorothy Hewett Award for an Unpublished Manuscript. 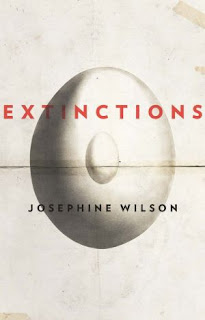 The story focuses on a retired engineer who has had a once-thriving life as an academic and expert, and has now moved into a retirement village. Widowed and estranged from his adult children, he lives in miserable isolation. When a neighbour intervenes he is forced to confront his loneliness.

The Judges described Extinctions as:


a meditation on survival: on what people carry, on how they cope, and on why they might, after so much putting their head in the sand, come to the decision to engage, and even change.

I have not read this book, so cannot comment on its merits directly.   The shortlist from which this novel was chosen as the winner was made up of first-time nominees:


Of these, I have only read Emily Maguire's novel and really enjoyed it.
Posted by Ina Guddle at 08:00
Newer Post Older Post Home