In 2013 a new crime novel was published by unknown author Robert Galbraith. A few months after it was published, The Cuckoo's Calling became a bestseller when it was revealed that Mr Galbraith was a pseudonym for JK Rowling. While Cuckoo may not have been as well received without the identity of the true author, the novel is well worth a read and a great addition to the genre. 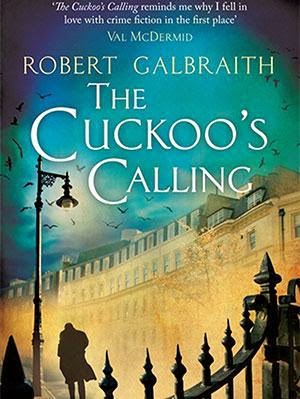 The story revolves around the apparent suicide of supermodel Lula Landry who plunged to her death off her balcony one winter. Landry's brother, believing his sister to have been murdered, hires private detective Cormoran Strike to investigate.

Strike desperately needs this case and the advance his client gives him. He has recently been booted out of his home, dumped by his longtime girlfriend, and is actively avoiding the creditors who are chasing him. Together with his trusty temp sidekick Robin, Strike explores the world of fashion models and designers, filmmakers, rappers and rock stars.

The characters are interesting, particularly Strike and Robin. I really liked the way they interacted with each other; respecting barriers with mutual concern. Like Spade or Marlow, Strike is an old fashioned private eye. He is a complex and intriguing man - beatnik childhood, wounded war vet, damaged detective - who has many layers which I suspect will become uncovered as the series of books rolls on. 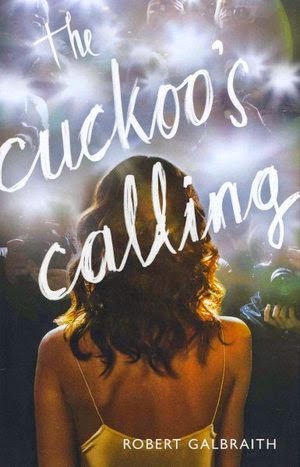 The secondary characters of John Bristow, Guy Some, Deeby Macc and assorted models, chauffeurs, police, are also interesting. Strike probes each with questions about their relationships with Landry and gradually an intricate web is formed.

The murder mystery can be a bit slow in parts (lots of walking and talking) as tiny clues are uncovered leading to the big reveal at the end. I was unable to figure out what had transpired, but when it was explained all made sense in the end.

Rowling is an incredibly gifted storyteller with a love of language. She throws in adverbs and adjectives to add greater detail to her tale. I also liked the way she described parts of London and the socio-economic backdrop of various characters and settings.

The second book in the Cormoran Strike series, The Silkworm (2014) has recently been published and I look forward to reading it soon.