The week of 21-27 September 2014 is designated as Banned Books Week, an event sponsored by the American Library Association (ALA) with the purpose of celebrating the freedom to read and ensuring that unorthodox viewpoints are available. Amnesty International also promotes Banned Books Week as a means of drawing attention to those who have been persecuted for their writing or disseminating the works of others.

Censorship is ridiculously narrow-minded. Most books that are challenged are done so on the grounds that they offend particular moralities (e.g. sexuality, language, reproductive freedoms). While I do not have a problem with moves to identify the age-appropriateness of content for young people, I do not agree with any attempts to restrict access to materials.

According to the ALA, the most frequently challenged books in the past decade were reported due to sexually explicit material, offensive language, unsuited to age group. violence and homosexuality.  These challenges often occur in school libraries and classrooms, but also public libraries. Parents are the most likely to challenge books.

Some of my favourite challenged or banned books are: 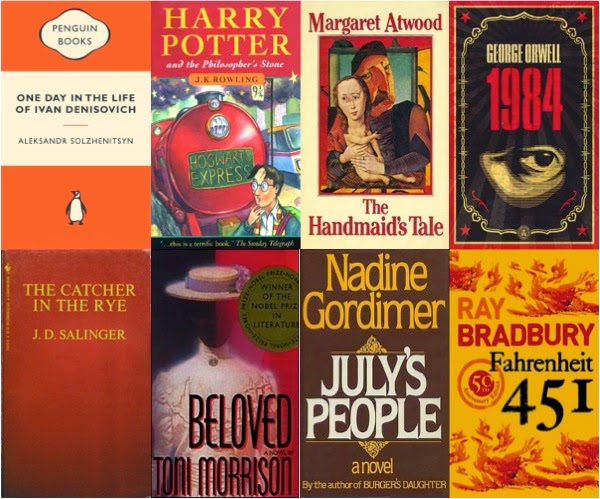 Make the most of Banned Books Week - Celebrate the freedom to read in your community. Grab a challenged text or re-read a favourite banned book.
Posted by Ina Guddle at 08:34
Newer Post Older Post Home