The Man Booker shortlist was announced on 9 September 2014, consisting of 6 titles: 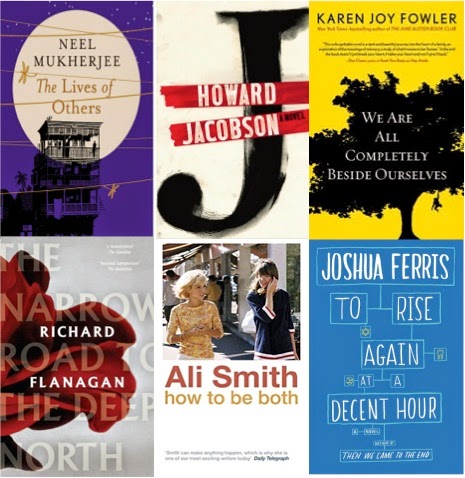 The bookies are apparently tipping Mukherjee to win. I know it is likely an outside chance but I am still hopeful that Richard Flanagan will take away the prize!

The winner will be announced on 14 October 2014.
Posted by Ina Guddle at 22:03
Newer Post Older Post Home