Mightier than the Sword

Immediately upon finishing The Cuckoo's Calling, I found myself immersed in the next Cormoran Strike adventure. The Silkworm (2014) commences a few months after Strike has been lauded for solving the murder of Lula Landry. Business is booming with various clients seeking evidence to catch out their unfaithful partners. 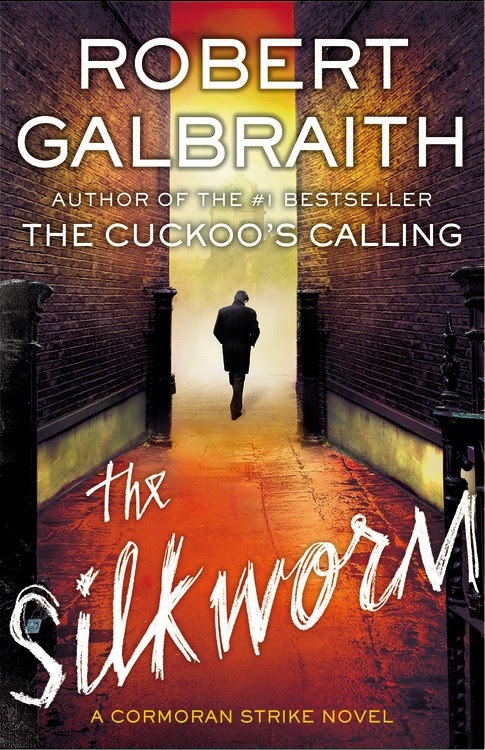 One day a mousy woman named Leonora Quine asks Strike for assistance in locating her missing husband, novelist Owen Quine. Strangely taken by this woman's lack of pretence and her need to care for a disabled child, Strike agrees, despite dubious assurances of remuneration. Soon Strike and his trusty sidekick Robin are off to solve the mystery of Quine's disappearance.

JK Rowling, writing as Robert Galbraith, must have enjoyed herself writing this novel. Set inside London's incestuous publishing industry, the tale features plenty of literary allusions and cattiness among the publicists, agents and editors, not to mention the literati. The novel within a novel works well as we learn more about Quine's latest novel, Bombyx Mori, and the circumstances surrounding his disappearance.

This is a thoroughly enjoyable mystery that unpeels and reveals itself slowly. I enjoyed learning more about Strike, and it was great to see Robyn evolve and become a more active player in the detective business.

While The Silkworm can be read as a standalone novel, I would recommend starting the series at the beginning. I understand Rowling is at work on the sequel and I look forward to seeing what happens to Strike and Robin next.

My review of The Cuckoo's Calling is also available on this blog.
Posted by Ina Guddle at 12:32
Newer Post Older Post Home