Lena Dunham is an incredibly interesting young woman. The creator of HBO series Girls, I greatly admire Dunham's creativity as a writer and director in crafting a show for and about twenty-something feminist women struggling with life in New York. 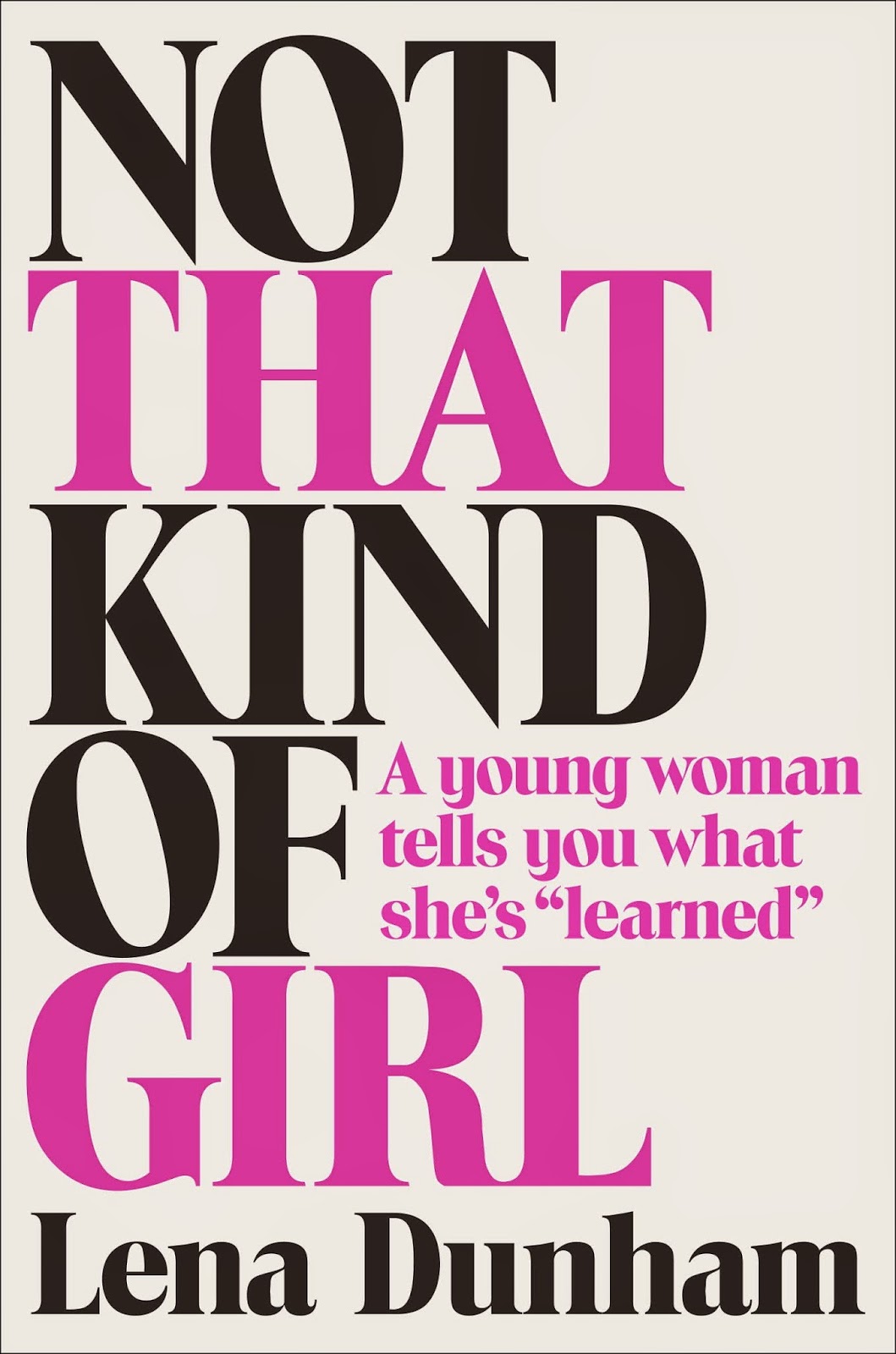 She recently published her first memoir - Not that Kind of Girl: A Young Woman Tells You What She Has 'Learned' (2014) - which contains Dunham's reminiscences loosely grouped in sections titled Love & Sex, Body, Friendship, Work, and Big Picture. In a series of essays Dunham explores various vignettes from her life, separated by snappy lists ('15 things I learned from my mother'), in a non-linear, disorderly manner. The book has attracted a fair amount of controversy for some of its contents, and for the multi-million dollar advance given to the author.

Readers wanting to know how a young woman achieved such success as a filmmaker will not find it here. In fact, those seeking to emulate her creative journey will be none the wiser. I was hoping to learn what inspired her and how she has managed her success. Instead I learned too much about Dunham's narcissism and neuroses.

Dunham writes that she lives "in a world that is almost compulsively free of secrets." She puts herself out there - emotionally, physically, artistically - and there is a lot to admire about that. But at the same time I kept wishing that she was more self-protective. Do we need to hear about every sex act she has performed? Does she realise how privileged she sounds? Is she making up these stories anyway?

There is humour here and there (not dissimilar to Girls in that respect) and there are moments of depth and insight. But largely I felt disappointed by Not That Kind Of Girl because it was Not That Kind of Memoir. Perhaps that was my problem - hoping it would be something it wasn't.
Posted by Ina Guddle at 08:11
Newer Post Older Post Home