Another year has passed and it is time to reflect on the year that has gone by and the books I have read along the way.

In 2015 I set myself a goal of reading 24 books - two a month - and blogging in equal measure. I managed to write 39 blog posts about books of all kinds, but did not quite make the 24 books (damn you epic tomes!).

In my first post of 2015 I announced my plans for the year and described an ambitious list of to-be-reads. While I started well, ticking off my list as I went, I soon found that I needed to replace many titles on the list with more pressing reads.

My reads in 2015 can be roughly clustered as follows: 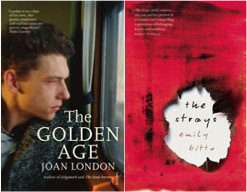 I didn't read a lot of fiction in 2015 but some of my most favourite reads this year were by Australian writers. I highly recommend both The Golden Age (2014) by Joan London and Emily Bitto's The Strays (2014).  Both of these novels were recipients of numerous awards and have an authentic Australian voice.

I also really enjoyed The Girl on the Train by Paula Hawkins (2015) and Patricia Highsmith's classic The Talented Mr Ripley (1955). I look forward to continuing other books in the Ripley series.

Two of the other novels I took off my 'to-be-read' pile were Ann Patchett's State of Wonder (2011) and Elizabeth Gilbert's The Signature of All Things (2013).

I have never really thought of myself as a true crime reader, but started out the year reading a book I had given my mother for Christmas, Last Woman Hanged (2014) by Caroline Overington, about Louisa Collins who was sentenced to death for allegedly killing her husband. A few months later I read another version of the same case in Carol Baxter's Black Widow (2015). It was really interesting to compare and contrast these two accounts.

After hearing Asne Seierstad speak at the Sydney Writers' Festival, I also read the compelling and challenging One of Us - The Story of Anders Breivik and the Massacre of Norway (2015). This was a remarkably detailed depiction of a horrific crime.

I should also mention that I really enjoyed the Serial podcast. Season one told the story of Adnan Syed who had been convicted of murdering his former girlfriend Hae Min Lee. Told over twelve weeks, this fascinating drama replaced much of my commute reading. 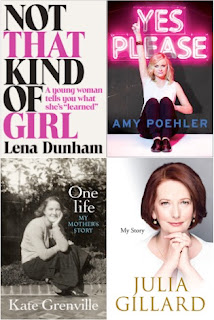 I read a lot of biographies this year which told the life stories of remarkable women. I really enjoyed reading Julia Gillard's recollection of her years as Prime Minister in My Story (2014).

I laughed aloud at Amy Poehler's Yes Please (2014) and despite high hopes for Lena Dunham's Not That Kind of Girl (2014), I found it to be a bit of a disappointment.

One of the most interesting biographies I read was One Life (2015) by Kate Grenville, an account of her mother's extraordinarily ordinary life.

I read a lot of other non-fiction in 2015 including Roxane Gay's essays Bad Feminist (2014), Asne Seierstad's The Bookseller of Kabul (2002), and Michael Pollan's The Omnivore's Dilemma (2006). The non-fiction highlight for me was Jon Ronson's So You've Been Publicly Shamed (2015).

I really enjoy the Quarterly Essay which arrives every three months in my mailbox. They are always interesting and expose me to new ideas. In 2015 I read: 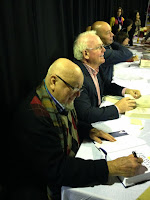 Part of the reason I didn't quite achieve my reading target is that I attend a lot of events where I am introduced to new authors and new ideas. I also listen to a lot of podcasts, like Chat 10 Looks 3, The Guardian Books, and Slate's Audio Book Club, so I am constantly being sent off to other reading adventures. 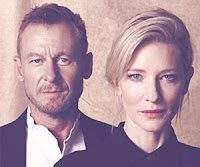 I have blogged about many of the events I attended, like the Sydney Writers' Festival, the Festival of Dangerous Ideas, and All About Women. I also wrote about plays like The Present and King Lear and about various literary awards that crop up throughout the year. 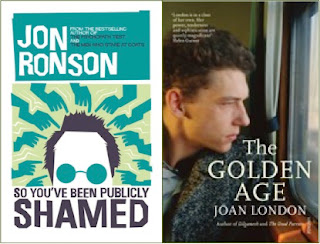 But I would give an honourable mention to Kate Grenville's One Life (2015) and Asne Seierstad's One of Us (2015) for their amazing skills as writers.
Posted by Ina Guddle at 09:08
Newer Post Older Post Home