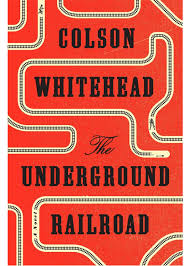 The winner of the fiction prize is Coulson Whitehead for his book The Underground Railway (2016). This is the story of Cora, a slave in Georgia, who attempts to escape through the underground railroad to the North.

This novel has previously been awarded the National Book Award, made many top ten lists, and was chosen by Oprah Winfrey as a selection for her popular book club.  I have heard great things about this novel and look forward to reading it. Whitehead will be speaking at the Sydney Writers Festival next month, which I will miss this year due to my travels.

Finalists for the prize this year were Adam Haslet's Imagine Me Gone (2016) and C E Morgan for The Sport of Kings (2016). 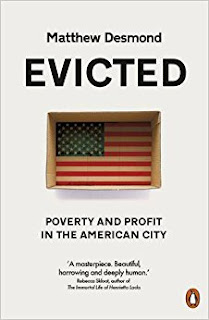 The winner of the non-fiction award is Matthew Desmond for Evicted: Poverty and Profit in the American City (2016). Desmond explores poverty in the poorest areas of Milwaukee, and the landlords that control the fate of their tenants. Eviction has become a regular occurrence for renters. Using personal stories and data, Desmond looks at poverty cycles and housing issues.

Finalists in this category were John Donvan and Caren Zuker for In a Different Key: The Story of Autism (2016) and Micki McElya for The Politics of Mourning: Death and Honor in Arlington National Cemetery (2016).