The Festival of Dangerous Ideas 2018

The Festival of Dangerous Ideas (FODI) took place this weekend (3-4 November 2018) for the first time since 2016. The Ethics Centre event, previously associated with the Sydney Opera House, it is now connected with UNSW Centre for Ideas and has moved to a new home on Cockatoo Island.

I have been attending FODI for years and what I love about it is being introduced to new thinkers and new ideas. In the early years I found the FODI program quite provocative with speakers that would get ones blood boiling. More recently however I felt the program has lost a bit of its edge. Indeed this year I found it hard to find enough sessions I wanted to attend. But I decided to spend a day at the Festival and here's what I attended:

In Praise of Economic Inequality
My first session was a panel discussion about economic inequality. Economists Richard Holden and Judith Sloan joined Constitutional lawyer Rosalind Dixon and journalist Nick Cater to discuss wealth and income. This was an interesting topic and the panel covered a number of important issues. 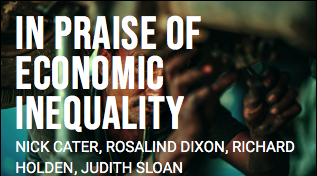 Looking at entrenched disadvantage, the panel talked about what would best assist a child born into poverty. There was heated debate about school funding and class sizes with Holden advocating strongly for smaller class sizes and Cater stating they make no difference (he's wrong by the way). Sloan pointed out that complex problems need interventions on a range for fronts - housing, health, education - as one approach alone is not sufficient. Dixon reminded us that we need to not take Medicare and education for granted as there are a lot of things Australia does right.

When talking about wage disparity, Sloan suggests that neurosurgeons should be paid substantially more because they have longer to study to enter their profession. Fair enough. But how do you justify high salaries elsewhere - in sports, celebrities, CEOs - where that scale may not apply? Why should a Kardashian earn more than a teacher?

There was a brief discussion on universal basic income which would have been a great debate in its own right. This was linked in to a point about Artificial Intelligence and the loss of certain jobs, which may mean a need for a jobs guarantee. Lots to unpack here and more time would have been needed to do this topic justice.

What If We Are Wrong? 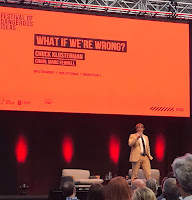 Next up I attended the session of American journalist Chuck Klosterman. I had not heard of him before learning he was coming to FODI and I was interested in his idea of what tomorrow will think of today. Klosterman wandered back and forth across the stage with great animation. As I sat in the airless oven of the conference hall,  I kept thinking of how roasting he must be in his suit and tie.

He spoke about his book What if we're wrong? and the way in which we often see things in the past as laughable now. He said 'the history of ideas is the history of people being wrong.'

Klosterman also spoke about the way we learn. He said that when his parents were kids everyone had to learn by rote, memorising large swathes of poetry and other texts. Now we have machines that do this for us so we have different ways of accessing memory. Rote memorisation is a huge waste of time. No one will ever do long division again, when they can use their phone. 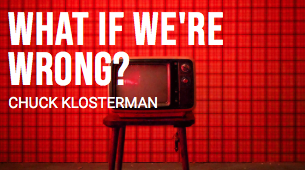 His presentation was interesting albeit waffly, but the Q&A with Marc Fennell was insightful. Klosterman said in the future people will think many of our current ideas are wrong, citing our treatment of cancer with poisons, our eating meat and our playing of gridiron football as barbaric given the high volume of concussions that occur. This gave me a lot of food for thought. I would add our treatment of asylum seekers to this list.

Privacy is Over
The next session I attended was with American Google data scientist and author Seth Stephens-Davidowitz and Turkish New York Times columnist and academic Zeynep Tufekci. They were talking about big data and privacy and had very different views. 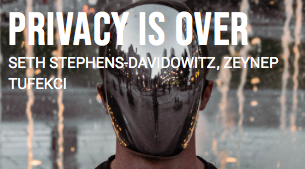 Stephens-Davidowitz is the author of Everybody Lies. He spoke about how Google can know that someone has pancreatic cancer three months before it is diagnosed based on your search patterns. He says that big data is worth sacrificing privacy because of what can be learned by government, business and more. He said that companies like Google can adjust algorithms to assist in public health - for example, searches related to depression, self-hard and suicide can yield results to hotlines and support networks.

Tufekci is the author of Twitter and Tear Gas. She said that there is power in big data but that regulation is needed. She says users are not fully informed about their data uses. Informed consent won't work because we don't even know the possible uses of our data.

The two got into furious debate about de-identified data as Tufekci argued there is no such thing when someone can get two or three pieces of data and rebuild a profile. She also said that data cannot be secured and that all data should be viewed as 'not yet revealed as hacked'.

They talked about the use of data in political campaigns to target and even disenfranchise people. This is not new, but as Tufekci pointed out now politicians and business can access your data cheaply, easily and at scale.

There was an interesting question from the audience about recent laws diminishing privacy in the name of combatting terrorism and whether big data can stop terrorist attacks. Tufekci says data is better used for public health as there is not enough good data to predict terrorism.

My last session at Cockatoo Island was to hear Angela Nagle talk about the online culture wars and her book Kill All Normies.  She spoke about how users of 4Chan and Tumblr - microblogging and imageboard sites - have been used by the alt-right and ultra PC leftists. Originally on the margins, these have now become part of the mainstream discourse and have real political consequences.

Nagle tried to be both critical and empathatic of the subjects in her book but was attacked from both sides. She said the online culture wars are making us all dumber and crueler, limiting debate to shouting from opposing fronts. She things we are on our way to a point where meaningful debate is no longer possible, but that we need to produce institutions that will nurture criticism.

I was a bit disappointed with this session. Nagle is smart and has a lot of interesting things to say. But the delivery was flat and unengaging. I think Nagle would have been great on a panel with Tufekci and Klosterman. 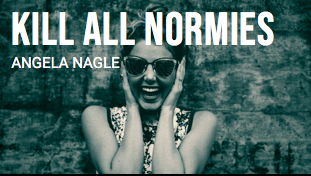 Without buying a single book (shocking, I know), I left the island for the mainland and the session I was most looking forward to.

The Hitch
The gala session at FODI was a sold out Sydney Town Hall event called 'The Hitch'. Dr Simon Longstaff from The Ethics Centre explained that the late Christopher Hitchens delivered the inaugural keynote at FODI in 2009, a rollicking address which exemplified everything FODI stands for. 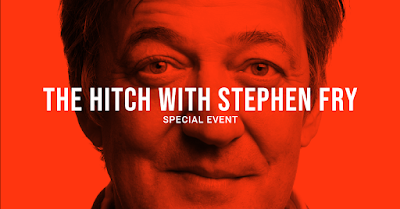 In reinventing FODI with its new partner UNSW, The Ethics Centre wanted to honour Hitchens with an annual address. They invited Hitch's good friend Stephen Fry to deliver the  address on the lost art of fabulous disagreement.

His forty minute lecture was warm, funny, erudite and on-point. He spoke lovingly of his friend and how he would go into battle for his convictions. In contrast, Fry described himself as a hailstone - firmer than a snowflake but still likely to melt in the heat. Where Hitchens would thrust into a fight, Fry would hide in the undergrowth and wait for the noise to pass.


Fry hypothesised on what Hitchens would make of today's world and how much we need his help to make sense of Trump, Brexit, and other world events. We are living in Lord of the Flies, he said, as no adults are in charge anymore and there is no Gandalf or Dumbledore to save us.

Fry posed some dangerous ideas of his own. First he said we should all refuse to include Trump in the newsfeed. Neutralise him by treating him as a Dr Seuss character the Trumpelow: 'He swells every time his name is mentioned, so shut up and watch him shrink'.

He then suggested we get rid of human testosterone to end aggression. He referred to two camps on the sides of an ever-widening grand canyon, shouting, pitchforks raised, while the rest of us cower in the valley below. He called for a plague on both their houses. He said there is no way to unite against a common enemy, like an alien invasion, because we have proven ourselves incapable of uniting against existing threats like climate change. So best we just disengage and refuse to be drawn into these opposing camps.

His final dangerous idea was simply to be kind. He said 'when people are acting like assholes, it doesn't automatically cancel it out to start acting like an asshole yourself. Be better.'

Fry is a human thesaurus and at times he could go a bit heavy on the adjectives. But I really enjoyed his self-depreciating, thoughtful and wise presentation. The best part of FODI by far. 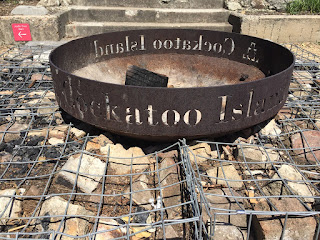 One last thing about the new FODI. Cockatoo Island is an incredible space. I love that we have such an interesting, historical spot in the heart of Sydney. However, I don't think that it is best suited to this sort of event. The cavernous industrial rooms have no air movement and no air con, so on a 32c day everyone was in agony with the heat. This, coupled with uncomfortable seating, made me long for the Opera House again. Plus, being on the island limited my attendance, as I would have been persuaded to spread my sessions over the two days. The ferry ride back to Barangaroo was problematic as we spent 15 minutes circling Darling Harbour as we were too early for the berth. A frustrating end to the day.

My posts about past FODI events are available on this blog: