A Trip to Italy

Watching news from this year's Cannes Film Festival, I was intrigued by a new Todd Haynes film staring Cate Blanchett and Rooney Mara. Carol (2015) is based on a book by Patricia Highsmith, published first in 1952 as The Price of Salt under pseudonym Claire Morgan. So I started combing my bookshelves to see whether I had this in my collection. Instead I found The Talented Mr Ripley (1955) which I immediately started to read and could not put down. 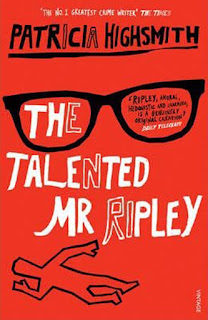 Tom Ripley is a small time scammer living in New York. He is rather unhappy and unsettled, with no real friends or employment. One day he is approached by Mr Herbert Greenleaf, owner of a shipping company, who wants Ripley to travel to Mongibello  Italy to persuade Greenleaf's son Dickie to return to America. Ripley has only a passing acquaintance with Dickie but is keen to be funded to travel to Europe.

In Italy, Ripley meets Dickie, befriends him and explains the errand he is on for Dickie's father. Dickie is happy in Italy - painting, swimming, and spending lazy afternoons drinking with his friend Marge Sherwood. Ripley quickly immerses himself in Dickie's world, much to the dismay of Marge and eventually Dickie himself.

Things turn sour and, when Ripley feels Dickie is about to unfriend him,  Ripley kills Dickie on a boating trip. He then assumes Dickie's identity, moves to Rome, living off the regular cheques sent from Dickie's trust fund, and cutting off ties with Marge and others in Mongibello.

Ripley, as Dickie, then has to hide away from people in his old life and is constantly afraid of being discovered. When the police begin to try and track down Dickie, Ripley shifts between being himself and pretending to be Dickie. It is a high stakes game he is playing, as the police begin to suspect Dickie has been involved in criminal behaviour or has killed himself.

The novel quickens pace as Ripley struggles to stay ahead of the police, Dickie's friends and family, and his own paranoia. Will he be caught? Will he inadvertently give himself away?

I thoroughly enjoyed this book and the complex character Highsmith has created. Ripley is not just a common sociopath. He loves art, literature and language. He longs to fit in, but he is uncomfortable in his own skin and wants to be someone else. He is gay, but in a time when this was not accepted, he cannot be himself. He longs to be loved, if not as Ripley then as someone else, even though he knows he can never really escape being Tom Ripley. 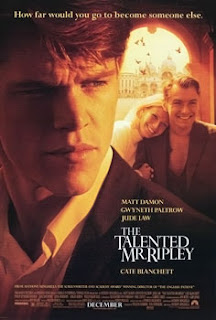 In 1999 Anthony Minghella adapted this novel for the screen in a beautiful, critically acclaimed movie staring Matt Damon as Ripley, Gwyneth Paltrow as Marge and Judd Law as Dickie. I have not seen that film since it came out, but I remember it for its beautiful scenery and compelling performances by Philip Seymour Hoffman (as Freddie Miles) and Cate Blanchett (as Meredith Logue - who does not appear in the book). I will have to watch this again now that I have read the book to see whether it matched my memory. Now that I have traveled to Italy, I am keen to see it again and be reminded of the places I have been.

Highsmith continued the Ripley tale in a series of novels, known as the Ripliad:


It will be interesting to see how Ripley has fared over many years and how Highsmith has written this character over almost forty years.