Eyes on the Prize

The Man Booker Prize shortlist was announced on 15 September 2015, whittling the 13 titles down to six. 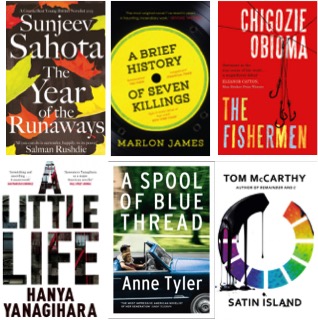 I was somewhat surprised that none of the past shortlisters Anne Enright, Tom McCarthy and Andrew O'Hagan (1999) made it this year.

But I am pleased that The Fishermen by Chigozie Obioma and Marlon James' A Brief History of Seven Killings are on the shortlist.


My pick for the winner is Anne Tyler's A Spool of Blue Thread (2015). She is one of my favourite writers and I am keen for her to win. But I would also be happy if the prize went to The Fishermen.

Here is the shortlist: