Shame on You, Shame on Us

Welsh journalist Jon Ronson's latest book is So You've Been Publicly Shamed (2015). I had the privilege of hearing him speak on the topic at the Festival of Dangerous Ideas on 5 September 2015. I was intrigued by his views on public shaming so bought his book and read it in the days following the Festival. 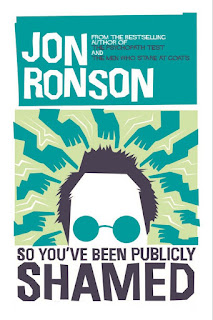 Ronson looks at how the Internet, particularly Twitter, has been used to ruin people. Social media has given everyone a voice, but it has also given rise to a virtual mob.

Several high-profile shaming are explored. Justine Sacco, a young PR rep who made a bad joke on Twitter before boarding a flight, landed to find herself trending on social media, the most searched term in Google, and fired from her job.

Likewise, Lindsey Stone posted a joke photo on Facebook for her friends. Months later someone made it public and Stone was reviled on social media and lost her job.

Bestselling writer Jonah Lehrer was exposed for plagiarism and inaccuracies. He was reviled in social media and when he attempted an apology who we shamed even further.

The book has come out just as the Ashley Madison scandal happened in which the personal information of thousands of people from an infidelity dating site were exposed by hackers. This has lead to the public shaming of those named to the point of social ruin and in several instances to suicide.


Ronson shows that the punishment of these public shamings far exceed the action that caused them. Public humiliation, threats, sackings and abuse from often anonymous strangers on the internet cause deep psychological harm. Women are treated far more harshly then men in this arena with threats of sexual violence a common form of trolling.

Shame researcher Dr Brene Brown writes that "shame is the most powerful, master emotion. It’s the fear that we’re not good enough." In most of the cases Ronson explores good people were brought down by shame.

He also checks in to see how people are after they were destroyed. Dr Brown writes that "If we can share our story with someone who responds with empathy and understanding, shame can’t survive." In Ronson, Stone, Sacco and even Lehrer found a sympathetic ear and perhaps his book will aide in their recovery.

The message here is one of empathy and restraint. Before we all pile on and add our voice to the collective shaming, consider whether we are hiding behind our internet avatars. If we wouldn't pick up torches and pitchforks to chase people out of town, why would we do so virtually?
Posted by Ina Guddle at 07:48
Newer Post Older Post Home 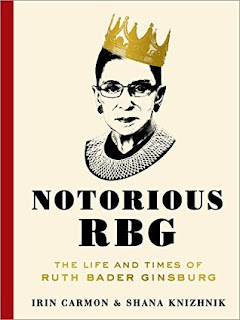