Another week has passed and yet it seems so much longer, with Trump's Executive Orders and actions banning refugees, cutting funding to women's health, repealing affordable health care, facilitating the construction of pipelines through native land, lessening regulations on Wall Street, building a wall along the Mexican border, reorganising security councils to put Steve Bannon in the mix, and withdrawing from the Trans-Pacific Partnership. And then he picked a fight with Australia!

There have been many fascinating articles to read this week about the downfall of American democracy. Here is a sample:


A British prime minister can lose power in minutes if he or she forfeits the confidence of the majority in Parliament. The president of the United States, on the other hand, is restrained first and foremost by his own ethics and public spirit. What happens if somebody comes to the high office lacking those qualities?

But it is not all terrible. Some of the more interesting Trump-related pieces are:
But enough about Trump! 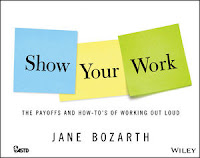 This week I enjoyed reading Jane Bozarth, Crystal Balling with Learnnovators. In this interview with Dr Bozarth, she talks about how she became a learning and organisational development thought leader. I really enjoyed her book Show Your Work (2014) about how to capture knowledge within an organisation through working out loud. She talks about how you can use Snapchat and Pinterest for learning.

I was saddened to hear that Bharati Mukherjee passed away on 28 Jan 2017. I remember reading Jasmine (1989) as part of my undergraduate studies at the University of Toronto. Jasmine was a young widow who moved from India to Iowa and has to recreate herself with each move she makes to adapt, assimilate and find her own identity. I haven't thought of that book in over 20 years, but it may be worth reading again. 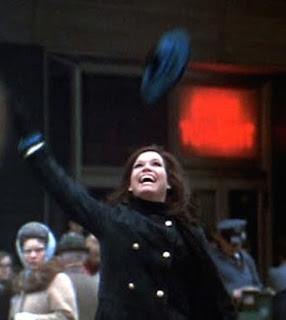 My first feminist hero, Mary Tyler Moore, passed away this week too. I remember watching the Mary Tyler Moore Show (in rerun) as a tween, admiring character Mary Richards' pluck and independence. I loved her joyous hat-tossing and have often sung the theme song in my head when I felt satisfied with professional accomplishments. Sarah Larson writes a wonderful article about MTM in The New Yorker. Thank you Mary!
Posted by Ina Guddle at 06:00
Newer Post Older Post Home