I have had a wonderful 2017 in books. Each year I set reading goals which usually consist of a number and a list. My challenge in 2017 was 24 books - two a month – which I exceeded by reading 26 titles this year. Not too bad considering my heavy workload and the stress of changing jobs mid-year.

My list included a number of books which I wrote about in my Planning for 2017 post. I managed to get through a many of these books, including:

Alas, several of my planned reads did not eventuate as I got distracted by other books.

Throughout the year I decided to chuck a few titles off my towering 'To Be Read' pile as it is clear that they are never going to get read. I made a second and third attempt to read Elena Ferrante's My Brilliant Friend in 2017, and even tried listening to the audio book version. I made it to the halfway mark but was not enjoying it. Life is too short to read a book I cannot get into... Clearly I have not caught the Ferrante Fever!

Other books that I started and put down in 2017 include: Paul Beatty's The Sellout, Lauren Groff's Fates and Furies, and Marlon James' A Brief History of Seven Killings. I may return to these some day, but was not in the right mood when I started them.

Well, enough about the books I didn't read! I had an enjoyable 2017 in reading, and this is why:

Fiction
When looking back over the novels I read in 2017 it is hard to discern a pattern or theme. I read several mysteries this year, which was a bit unusual for me. With one exception, all were written by women. Most were written in the last few years.

Several novels were on my list at the start of the year, and I am so pleased to have read Australian Jane Harper's remarkable debut The Dry (2016) and her follow up Force of Nature (2017). While I was reluctant to begin Hannah Kent's second novel The Good People (2016), I quickly became engrossed in the story. Ian McGuire's vivid The North Water (2016) was a pleasure to read for his lush and descriptive writing.

Many of the titles that I read this year came about because I suddenly found myself without something to read. For example, I found Penelope Mortimer's The Pumpkin Eater (1962) in a discount book shop while waiting for a meeting I had arrived too early for. Likewise I found Angela Carter's The Bloody Chamber and Other Stories (1979) while tidying my book shelves. I read both Agatha Christie's The Mysterious Affair at Styles (1920) and Gillian Flynn's Dark Places (2009) as I had suddenly finished other books and went scrounging through my e-reader to find something else to occupy my time.

Wherever possible, I like to read a novel before I see the film adaptation. That was my impetus for reading JK Rowling's screenplay Fantastic Beasts and Where to Find Them (2016) and Daphne Du Maurier's My Cousin Rachel (1951). Rediscovering Daphne Du Maurier and Agatha Christie, after a long absence, was a wonderful delight.

Of all the novels I read this year the ones I would most recommend to others are Jane Harper's The Dry,  Ian McGuire's The North Water, and my favourite novel from the past year - Heather Rose's The Museum of Modern Love (2016). Rose's Stella Prize winning novel, inspired by the work of performance artist Marina Abramovic, lingered with me long after I finished reading. It is magnificently crafted, taking a real event and adding a fictional twist to the tale.


Non-Fiction
My non-fiction reads this year were a mixed bag of memoir, long-form journalism, and essays.

I continued to be delighted by my subscription to the Quarterly Essay and greatly enjoyed Benjamin Law's Moral Panic 101 and David Marr's The White Queen. I also subscribe to Australian Foreign Affairs and The New York Times which have provided much food for thought and many of my Random Reads columns.

Carol Dweck's Mindset (2006) had long been on my reading list, and I finally read it this year. This book made me think a lot about my own mindset, how I problem solve, how I communicate and about my relationships with others. It is such a simple concept - how a fixed or growth mindset will determine how you approach life -  but one with deep ramifications.

On the recommendation of my mother, I read Mark Tedeschi's Murder at Myall Creek (2016) about a brutal massacre of Aboriginal Australians in 1838 and the NSW Attorney General's determination to see justice. Another horrific crime took place in 1996 at Port Arthur, where a man killed 35 people. Sonia Voumard wrote an interesting book, The Media and The Massacre (2016), on journalism and ethics, which I heard about when it was longlisted for the Stella Prize. 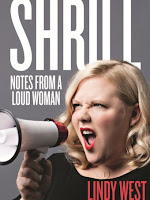 I read a number of books which tackled serious subject matters. Richard Flanagan's brief but impactful Notes on an Exodus (2016) explores the refugee crisis by telling the harrowing stories of individual asylum seekers. Ta-Nehisi Coates' Between The World and Me (2015) explores race in America in the form of a letter to his teenage son. Feminist journalist Lindy West's essays are compiled in Shrill - Notes from a Loud Woman (2016) where she explores misogyny, fat shaming, and other subjects.

I read some interesting memoirs this year. I had been holding on to Alan Cumming's Not My Father's Son (2014) since the 2015 Sydney Writers' Festival where he was promoting the book. I really enjoyed Cumming's conversational style. I also read Carrie Fisher's The Princess Diarist (2016) about her affair with Harrison Ford on the set of the original Star Wars film. This was a bittersweet book, read in the months after her sudden death.

JD Vance's Hillbilly Elegy: A Memoir of a Family and Culture in Crisis (2016) was an incredible read about the disenfranchised working class in America, and goes a long way to explaining why populist politics were able to take hold in the 2016 Presidential election.  The vivid characters in the Vance family, their struggles and triumphs, lingered with me long after I finished reading.

I greatly enjoyed Hillary Rodham Clinton's What Happened (2017), her dissection of the Presidential campaign and the factors which lead to her loss. Her reflection is witty, passionate and sincere. She takes responsibility for her own actions and mistakes, and points the finger at those who share the blame.

The best non-fiction book I read this year was Mark Colvin's Light and Shadow: Memoirs of a Spy's Son (2016). Colvin was an old-school reporter and his memoir of learning on the job, covering major stories, and reporting from far-flung regions of the world was fascinating. So too was his early life as the child of a British diplomat/spy living in Austria, Malaysia and elsewhere. I have always admired Colvin as a journalist and his memoir was a delightful read.

I have always loved poetry but often to forget to include it in my reading diet. This year I really enjoyed Clive James' Collected Poems (1958-2015), especially how he expressed his longing for Australia in many of his verses. Rupi Kaur's bestselling Milk and Honey was an underwhelming disappointment. I will not be rushing out to read her latest collection.


Best of 2017
Of all the books I read this year the two works I regard most highly are Mark Colvin's memoir Light and Shadow and Heather Rose's novel The Museum of Modern Love. Honourable mentions go to Hillary Rodham Clinton's What Happened, JD Vance's Hillbilly Elegy, Jane Harper's debut The Dry and Ian McGuire's The North Water. 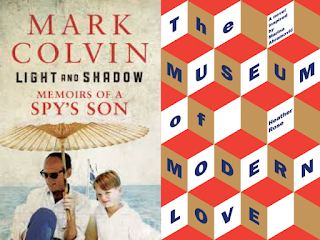