This week I have been mesmerised by the confirmation hearings of US Supreme Court nominee Judge Brett Kavanaugh. I watched as he lashed out against his accusers, as he talked back to Senators asking questions about his binge drinking, as he attempted to justify his actions during high school and college as the antics of 'boys being boys'. When he ranted and raved, all I could think about was his grotesque sense of entitlement and his absolute unfitness for the office he seeks to hold. 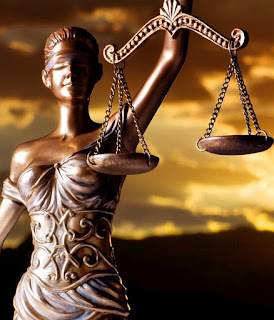 Meanwhile questions are being asked about why Professor Christine Blasey Ford and other accusers have waited so long to come forward. Dignified and resolute, Ford detailed her remembrance of the events 36 years ago and its enduring impact on her life. The constant narrative in sections of the media is about why these women didn't come forward at the time of an incident, with the subtext being that they must be lying. Any woman who has ever experienced sexual harassment or assault knows the answer. The confirmation hearings are a prime example of why women don't come forward: the misguided presumption that women lie.

While this was all unfolding I was reading Bri Lee's memoir Eggshell Skull (2018), about her experience of the Queensland legal system when she sought to bring forward a complaint of indecent assault that had happened many years prior when she was in primary school. 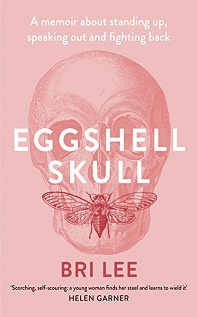 Lee worked as an associate for a Queensland District Court Judge, a job that saw her travel to regional towns around the State for a year, while she completed her Practical Legal Training to become admitted as a solicitor. The cases she heard were largely related to domestic violence, sexual assault and child abuse and exploitation. As she listened to complaints against fathers and step-fathers, she contemplated the strength needed to bring a complaint and how the jury could acquit these men (which they inevitably did). She grew sickened at the ways in which the complainants were re-victimised by the legal process.

At the end of her year as an associate, Lee has decided two things: that she didn't really want to be a lawyer; and, that she was determined to bring charges against her assailant.

What follows then is a two year battle to have her case brought to court. The delays, the bureaucracy and the whole process is designed to ensure complainants don't seek to have justice pursued. Once the complaint is made, the process is out of the complainant's hands and they are at the mercy of the police, the Crown prosecutors and the delay techniques of defence counsel. To endure the courts system is an epic act of resilience that requires a fierce determination and the support of a loving family.

It was heart breaking to read this memoir, but I believe it should be essential reading for every law student and everyone working in the judicial system. I could relate to Lee on so many levels: as a law student, as a woman who can claim #MeToo, and as someone who is appalled at the way in which women are treated by a patriarchal justice system.

Lee wrote a question that I cannot stop thinking about:


Why can a man be charged with negligent, reckless driving after getting himself drunk, but he can argue the same level of voluntary intoxication led him to honestly and mistakenly believe a woman consented to intercourse, and be acquitted of a rape charge accordingly? (p 226)

My sincere hope is that as more people come forward and add their stories to this growing chorus we won't have to ask questions like this. The presumption will shift and women will simply be believed.
Posted by Ina Guddle at 08:50
Newer Post Older Post Home