My podcast obsessions continues as I seek out new podcasts to enjoy on my commute to/from work each day. So here (hear!) are some of the podcasts I have been listening to lately.

The Teacher's Pet
For many weeks I have been obsessed by the Australian's podcast series, The Teacher's Pet. Journalist Hedley Thomas has spent years investigating the disappearance of Lynette Dawson, a young mother of two who has not been seen since the early 1980s. Two coroner's inquests have ruled that Lyn is dead, presumed murdered by her husband Chris. But the charismatic athlete Chris Dawson has evaded charge for the past 36 years, saying she left him to join a religious cult. 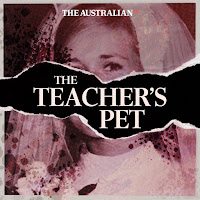 The podcast is a compelling murder mystery, in which we hear from Lynette's family and friends, the police involved in investigating the disappearance, and Joanne Curtis, the teenage lover of Chris Dawson who was moved into his house within 48 hours of Lyn's disappearance.

This is a gripping tale, set on Sydney's northern beaches. With the release of each episode I would debrief with a friend about what had transpired and speculated on what would happen next.

ABC's Australian Story aired an episode about this case on 10 September 2018 and within days police announced that they would be digging up the backyard of Chris and Lyn's former home looking for evidence.

I am hoping that there will be a second season of this podcast, one which covers Chris Dawson's trial for murder.

The first season of Slow Burn was all about Watergate. In season two, journalist Leon Neyfakh's turns his attention to the impeachment of President Clinton. Unlike Watergate, I lived through the Clinton years and remember the Whitewater investigation, Vince Foster's suicide, Paula Jones sexual harassment allegations and Monica Lewinsky. But listening to this podcast has brought forward many facts that I had not known or had forgotten.

Being the same age as Ms Lewinsky, I have always felt that she has been done wrong by the media, Ken Starr and the Clintons.  I seethed with rage over Linda Tripp's betrayal of Lewinsky and her attempts to justify her actions. Lewinsky did not participate in this podcast and I sincerely hope that this renewed attention does not place pressure on her.

In the #MeToo era this is a timely podcast about abuse of power, sexual harassment and slut shaming. But it also has parallels to the current occupant of the White House and his blatant misogyny. While the events of this podcast took place over 20 years ago, there are repercussions to this day with many participants back then having roles today (e.g. Supreme Court nominee Brett Kavanaugh was a member of the Starr investigation team).

The eight episode second season is airing now and I look forward to seeing how it plays out.

Dr Death
Last year I listened to an incredible podcast by Wondery called Dirty John, which followed a true story of an anaesthesiologist who was not all that he purported to be. Wondery has released its newest series called Dr Death, which probes into the life of another man with a secret. 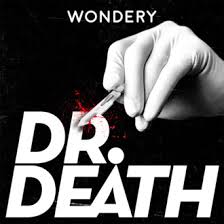 Dr Christopher Duntsch was a Dallas based neurosurgeon who showed great promise. He held himself out to be a skilled back surgeon who many people turned to in the hopes of alleviating their back and neck pain. But when a number of surgeries resulted in serious complications questions began to be raised.

Was Dr Duntsch deliberately maiming or killing his patients? Was he incompetent? An imposter? Under the influence of drugs or alcohol? To find the answers to these questions, listen to the podcast.

Normally I hate podcasts with ads, but the advertisements in Dr Death are hilarious and I actually look forward to them. They are all linked to the theme. For example, an ad for mattresses talks about experiencing back pain and getting a good night's sleep. Another ad refers to needing comfort food after listening to the podcast. Love it.

So those are my latest podcast obsessions. Stay tuned for more Listening and Learning.

If you want to hear about my past podcast finds, you can find them here: